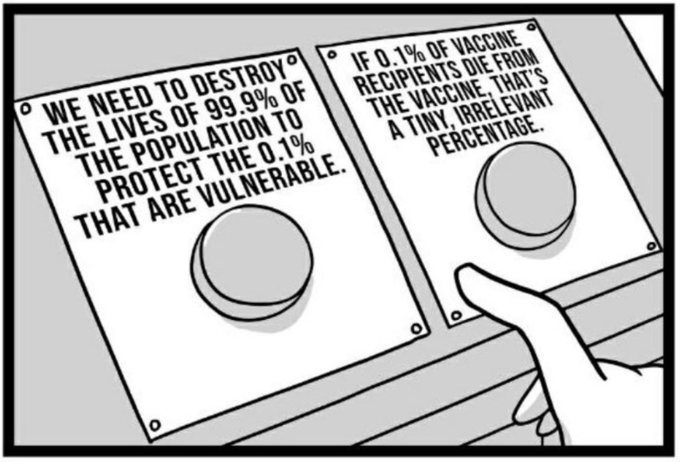 Someone doesn't understand the concept of math

It trips my trigger!

General Discussion / Re: WATCH: Veteran Gets Message from Secret Service on 100th Birthday

« on: Today at 02:17:00 PM »
I notice Resident Biden wasn't mentioned, but Trump meeting with and honoring this veteran was.

General Discussion / Re: WATCH: Veteran Gets Message from Secret Service on 100th Birthday

Just Trump.  When he left office, his personal account was banned.  Twit-wits also banned VIDEO of Trump being shared by other users, as another attempt to shut down his speech.

If only there was something you could take to prevent covid.... then it would be over for the China virus.... and if that thing could help the overall risk of everyone from getting the virus.... then you wouldn't need this 5 day course.... oh wait.... it exists it's called the vaccine.
I get the flu shot every year,  it's quite normal to need vaccines regularly.

I stopped getting the annual flu shot since I left the Air Force in 1992.  I may have gotten one in Hawaii since 1993.

I haven't gotten the flu yet, even though they pushed vaccinations for SARS, Bird Flu, etc, etc.  Seems like every 2-3 years, there's been a push to get the "Annual Flu" shot, even though they admitted the shot didn't protect against the new strains.

It's quite normal to NOT NEED vaccines regularly if you have a robust immune system.  One size "vaccination schedule" does not fit all.
6

Sent from my SM-G950U using Tapatalk

There are plenty of different terms used for the different sizes of 1911's. There are 5 basic styles that they can be grouped in.

Commander - 4.25" slide with full size frame. There are some manufacturer's that use a 4" slide, but they are generally referred to as a "Commander."

Officer - 3.5" slide with Officer frame. The Officer is a shorter frame and the standard flush fit magazines hold 6 rounds. 3" slides are often referred to as an "Officer" as well.

There are currently three "frame" sizes for most 1911 pistols, roughly corresponding to
full-size, compact and subcompact sizes. There are also a number of micro-sized pistols
that have 1911-derived designs as well.

Government frame: the "Government" frame is the full-size pistol. Barrel length is 5 inches,
for an overall length of 8.25 inches. Height is usually 5.5 inches, and width is typically about
1 inch \at the slide and around 1.2 inches at the grip.

Commander frame: the "Commander frame" is derived from the Colt Commander of 1950,
and is a very popular compact model that some prefer for concealed carry. In truth, "compact"
is somewhat relative. A true Commander 1911 has merely had ¾" shaved off the barrel and
slide, but is otherwise the same size.

Officer frame: the Officer 1911 is the subcompact variant. Standard barrel length is 3.5 inches
for most models from most manufacturers, though there are shorter barrel lengths out there.
The grip is also shortened, as most Officer frames are 4.8 inches in height or shorter.

Micro 1911 pistols, like the Kimber Micro, Sig Sauer P238 and P938, and the Colt Mustang,
take many cues from the 1911. These pistols are micro-sized and are highly popular for concealed
carry, though are chambered for .380 and 9mm only. The single-action operation remains,
as does the thumb safety, but the grip safety is omitted.

The Government frame is arguably the most popular full-size gun for concealed carry, as the slim
dimensions - less than an inch at the slide, no more than 1.3 inches at the grips - allow it to be
concealed more easily than the double-stack "wonder nines" of the modern era. Both IWB and
OWB concealed carry with a full-size is easily done.

Commander frames are not much smaller than the Government frame, but the Officer frame
pistols are certainly the 1911 pistol to have for a CCW gun.

Another thing to be aware of is the Achilles' heel of the 1911 pistol is the magazines. Factory mags
can be of varying quality; some are great and some should be tossed straight away. As a result, it's
a good idea to invest in some quality magazines. MecGar, Chip McCormick and Wilson Combat are
very popular brands.

So, now that we've described the common 1911 pistol variations and sizes, we need to look at the mags that fit them:


If your 1911 is  micro or other proprietary design, you'll have the check the specs.  You probably can't use standard size 1911 mags.

Although the sizes of 1911 mags are for the most part standard, the designs of the pistols may mean yours will work with any brand/model mag, or you may find only a few brands/models are truly compatible.  It's best to buy AND TRY AT THE RANGE to make sure.  Keep what works, and sell what doesn't.  I went with Wilson Combat Elite ETM because many Nightmare owners recommended it, and the ETM design was getting top reviews.  The mag with the extended floor plate resembles the stock mag for my Sig 1911 almost exactly, which is a plus for me.
7

Hasn't been proven in a court of law!

I could have gone ALL DAY without that reference!!

But wait!  That doesn't count the ANNUAL vaccines needed after those three!

Of course, that's based on what the experts believe currently.

Wilson mags can be had for $30ish on sale. That said, it’s not about looks of firearms. It’s not about price. It’s about what is effective. Up to you about what you need.

You show your friends your expensive 1911.

You show your enemies your Glock!
10

Off Topic / Re: Scientists Debate Who Would Really Win Godzilla vs. King Kong

My wife and I were ROTFLOAO!!! Not literally, but you get the idea. But we were in middle earth when we were watching this.

Thanks for the laugh!

That guy's channel has hundreds of "Pitch Meetings."  Some are 100 times funnier, and others just get .... weird.

KITV/HNN is in an all out propaganda trip lately.  Blatantly making criminals look like saints.  It's really starting to piss me off.....

Seems like that's been their MO since I moved here.  Media and gov't don't want to scare away the tourists.  So many crimes never make it to the main news outlets.
12

Sent from my SM-G950U using Tapatalk

The grip is just a bit wider than the P226 grip.  The rest of the dimensions are very similar.

If you like the ergonomics and control placement of the P226, the P227 will be completely familiar.

Say what you may but I have a Kimber 191A1 stainless target. Bought in 1997 when Kimber first started making hand fitted, semi custom 1911’s. At present it has close to 10K thru it. Never a FTF, FTE, or any other mishaps. Accurate as hell too. Carried for 10 years while I hunted in Alaska along with my Ruger Alaskan 454 Casull. These days Kimber quality has fallen off though.....S.A. RO is a great firearm as well. Very happy with mine....

The last time I went to the range in NC, I noticed in the rental display case a really old looking Kimber.  The guy told me that gun has had a verified 1 million rounds plus fired through it, and only 1 spring ever needed changing.  Original barrel, slide, frame, trigger, etc.

He said Guinness Book would have the gun listed, but there's no existing category for that, and anyone else would have a tough time verifying the round counts.  Since the gun has always been a rental there, they know how many boxes of ammo were fired.

Several have asked to buy it, but they want to keep it as a working rental for as long as possible.

When I got back into shooting about 2012, Kimber was on my list of guns to consider.  But, as you said, the reviews had fallen way off.  Kimber just isn't the quality 1911 people came to trust and love decades before.  The expectations just aren't there for me anymore compared to price.

No more like don't pretend to be this 1st amendment haven when you are not.   Don't lie.  Don't pretend to preech freedom then don't give it.  Atleast  Facebook doesn't pretend.  They just don't give freedom.  If the site just straight up said it was a conservative site with strict rules. I would not have posted anything here about them.  But when they lie they get added to the list regardless if they are left or right.

You really are here to just troll, huh?

Preech?  Another "typo?"  Auto-correct finally gave up on you, huh?

Ok I'll wait till it's finalized. See you in a few weeks.  Apparently the owners announcement isn't enough.

You never quit, do you?

The issue is not what he said, but the attacks by YOU/THE LEFT even BEFORE the terms of service are made official.

In other words, "Ignore the fact the site is going to help conservatives not be censored.  We want you to attack them because..."

and [ spins the wheel again ]

Also FYI fake news is something that is not fixed and purposely lies.

Fake news is not necessarily false information.  It is pushing a narrative to deflect and obfuscate from other information that is more important.  In this case, pointing out an OPINION that the site owner is a hypocrite before the terms of service are even available to view.

General Discussion / Re: Are threaded barrels on pistols legal?

I have a Glock 19x and wanted to add a threaded barrel is that legal?

Threaded barrels on any firearm is legal here.  Unfortunately, we can't fully utilize the threads (no NFA items).

Legal and Activism / Re: Has anyone used the online only hunter ed course to purchase a pistol yet?

Another thread that's suddenly about what you think.

He asked if anyone has personally put this to the test:  "from theory into practice."

All you did was reiterate the THEORY.

Fixed typo sorry about that.

Anything illegal shouldn't be allowed.  With a focus on tangible threats.

Typo?  Typo means you misspelled something.  You hit "Post" before proofreading your post.  That's not a typo.  That's you being you.
20

I don't post fakenews, that's what many others do.  But I suppose there's a level of personal opinion in the middle.  I notice when you are wrong you divert, reminds me a certain ex president.

No what I posted was 100% within merit for this thread just because it isn't some liberal bashing like usual does not discount it behind a dishonest representation of "freedom of speech".  Stay wrong, stay mad.