Firearms and Accessories / Re: Glock rifle!

I just may have to pull off my 3rd Gen Python targets and try them on my Python.  They're on a birth year Official Police--6" nickeled .38.

As much as I hate the looks of Pachmayrs I have to admit they feel and shoot the best for me.  I just can't bring myself to do it...

Yup, I'd rather get punished by a piece of beautiful hard wood.......that came out wrong lol. But I'll leave it 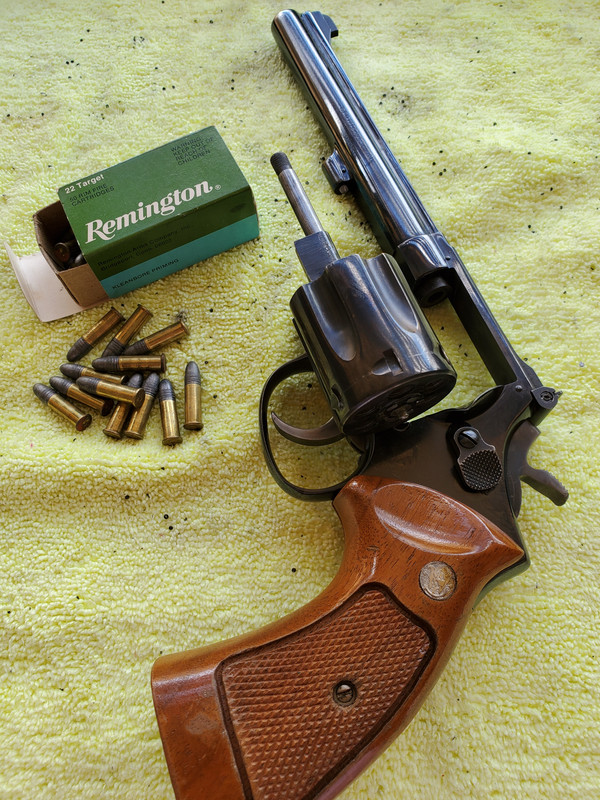 I dig these old 22lr revolvers. Who needs 10rds, when 6 looks that good

and no lock either

I asked my co-worker about this and he swears by Anna Millers.

I don't eat these much because runny eggs causes me to have runny.....

I like Anna millers loco moco with a few mods.

Order: chili locomoco with fried rice. Over easy eggs. Like their brown gravy it's the dark kine not the light kind you get at l&l's. 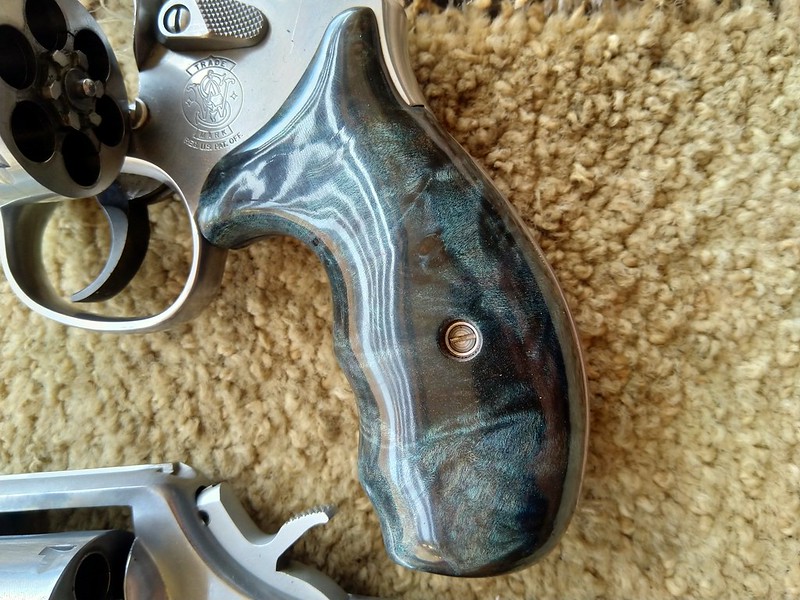 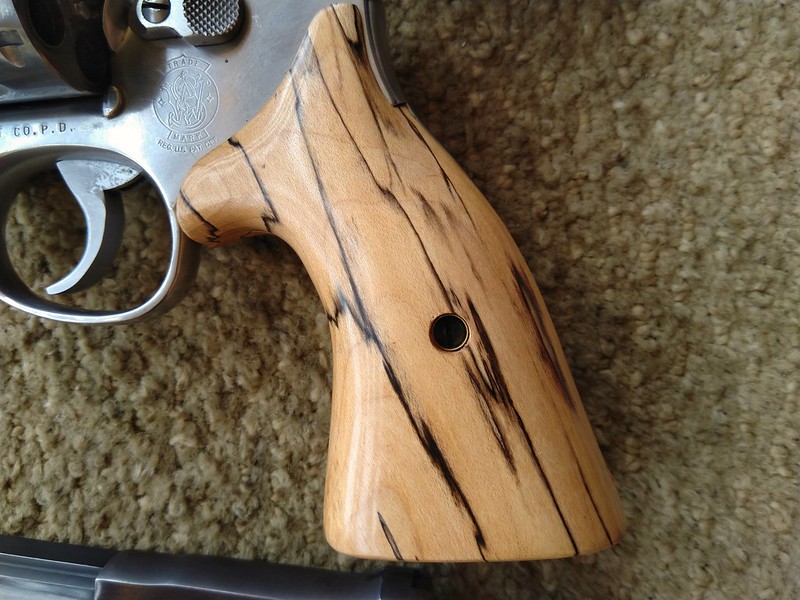 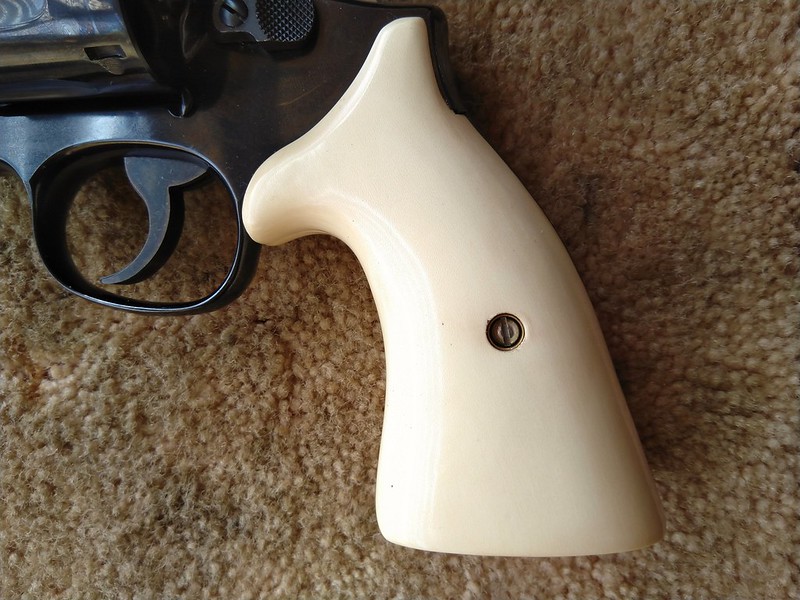 Good note. Everything was 100% reloads and guns. Even my light striking 625, thanks to jc to coming through with a factory hammer spring and strain screw. Have it set to a little over 9 lbs

Sad note. My beautiful spalted grips on my 681 chipped right a the corner of the frame at the square butt. I found the chip and glued it back on. There was just a little play in the grip and I guess it cracked under recoil shimmed the grip a little and. Now she is rock solid. Have to see what happens to the glue when I shoot again. 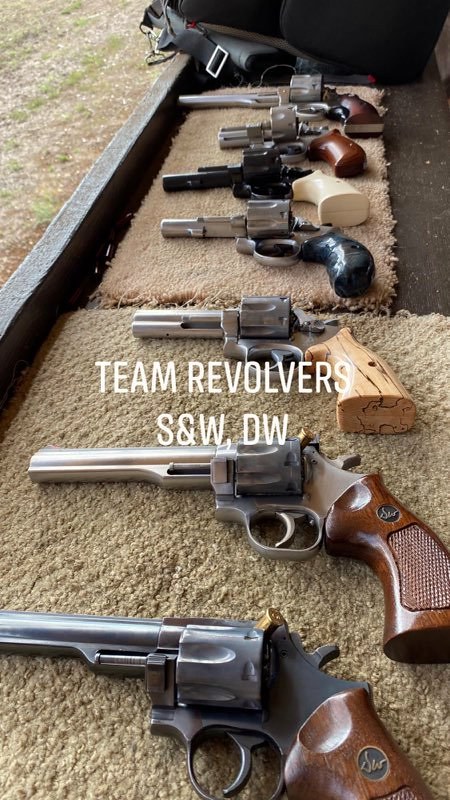 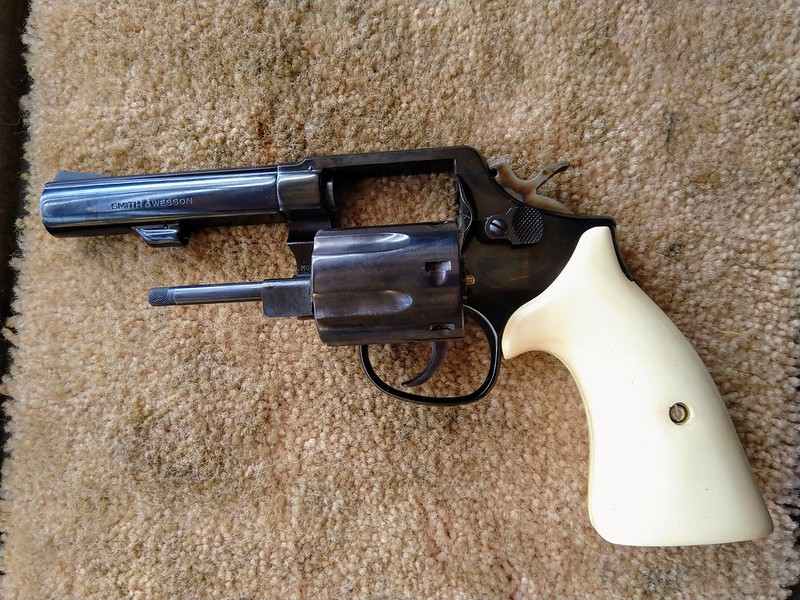 What's stamped above the triggerguard?  Which PD did it come from?

Jc,
I installed the spring and strain screwin the 625 and set it 9lbs for now, hopefully that sets everything off. Thanks again

« on: November 06, 2020, 09:35:13 PM »
Just picked it up and decided to detail clean it. When I cocked the hammer and looked down the frame found that it was pumped full of grease, paste thick. When I got it apart it was nasty. Before and after pics. Model 681 wearing spalted maple grips. 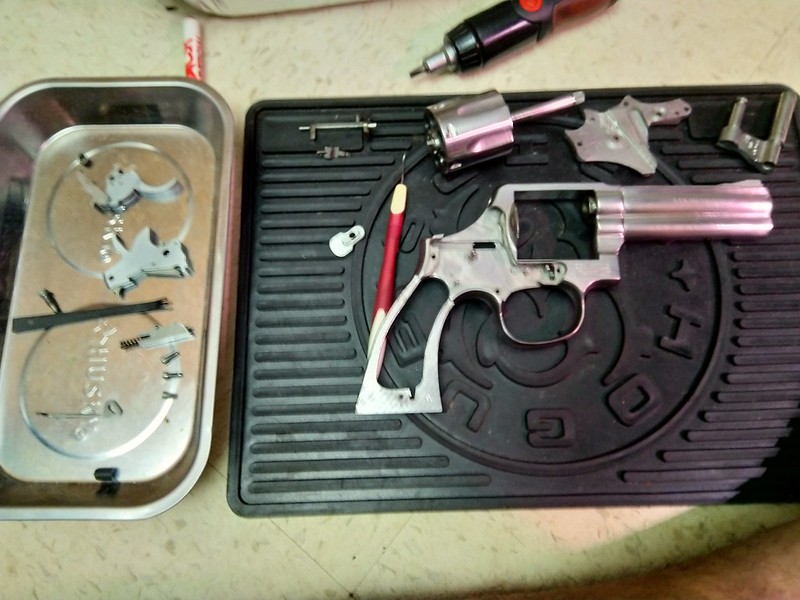 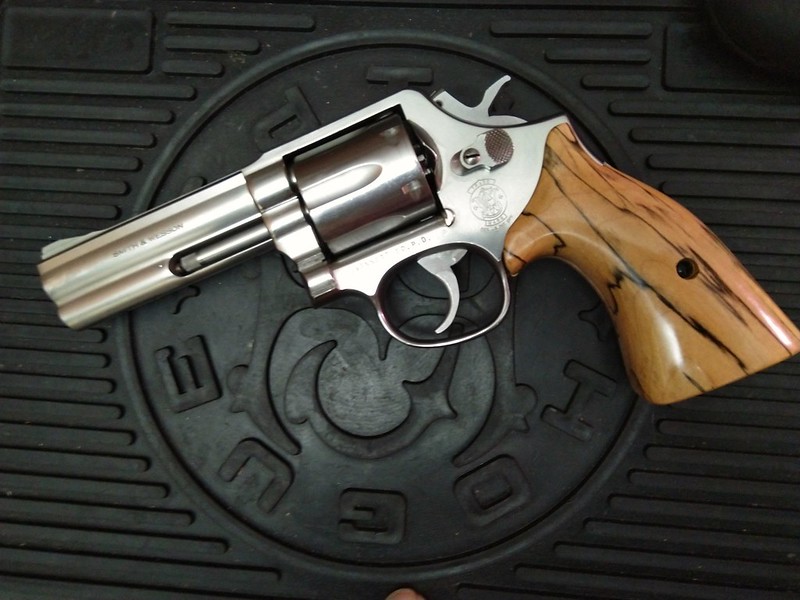 Political Discussion / Re: this needs to change

Agreed, because majority of HI voted for Biden.  I was expecting Trump to get at least 40% this year compared to 30% in 2016.

Hawaii is weird. No matter what my mom  hates donald trump with a passion. Because he talk "anykine stupid".
15 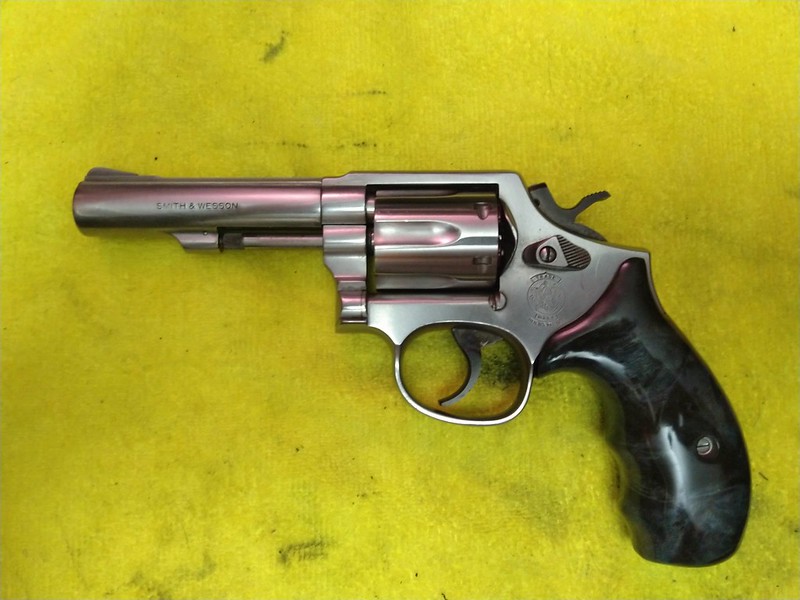 Off Topic / Re: Port Protection

Sorry only the native hawaiians that have portagee ancestry lol
17

Off Topic / Re: Port Protection

I saw that series.  Let me know how you like it.

I've been watching stuff on Ancient Egypt.  The history of ancient Egypt has always interested me.

Me too. I wonder if they will follow the evolution from the ancient egypt black pharaohs to they modern day blm people. Because you know they all was decended from kings and queens

General Discussion / Re: Chaos after the election - in Hawaii?

What did the vids say?  If they attack slam the gas?

Heard from a RSO that there were 4 Kabooms at the range this weekend, from reloaded rounds.  Maybe from new reloaders dealing with the ammo shortage.

Was there any on sun? I was there from 730a.m to 11a.m on the target pistol side. None on that side during those hours that I'm aware of. Hopefully said persons and surrounding are alright. And lesser extent their firearms as after the elections perceived worth will skyrocket. If your in a tight spot financially it will be a seller's market.

General Discussion / Re: "I am going to the range today"

My experience with primers being set too deep is extremely rare. It is is usually caused by using a pocket reamer that is not the type that keeps one from going too deep and being used too much. I have one of these and it is over 40 years old. Most pocket reamers are set so you cannot go too deep. I assume the primers used are of the correct size. If it turns out the primers are set too deep then I would discard the brass. There are also very hard primers such that a pistol may have difficulty striking it hard enough to set it off. For instance, someone may have used a small rifle primer that is designed for use in an AR type rifle that has a floating firing pin. Also, some European and Russian primers are known to be more difficult to set off. These primers use a much harder cup and some pistols may have a hard time properly striking them. One more thing I have noticed and that is Winchester primers have been less reliable than other brands. Winchester usually uses brass cups instead of the silver colored cups. I bought a case of them once and probably 5 or 6 out of every 1,000 never ignited even when hit well.

Overall I would say that primers being set too low is something to check but it is more likely one of the other things I mentioned. I would look at those things first such as harder primers and/or weaker hammer springs. It could also be a combination of these things as well.

One thing I learned to do during reloading is to look into every single case before setting the bullet. Make sure you have powder in there and that the powder is at the same level as all the other cases. This helps prevent squib loads.

I hope this helps!

Thanks for the insight. I ll pass it along to my cuz. and will check out the suggestions in a process of elimination. Can most likely rule out a weak hammer spring as all 3 revolvers set off the factory ammo we brought %100 , and the only way I run my revolver is with tension screw all the way in and loctited. I checked that they were still set that way when I cleaned them after the range.

Will be def checking out his pocket reamer and his primers. I think he bought winchester's. And he bought both the pistol primers and rifle primers so he could use them for double duty when it came to reloading 223. If time permits going to try those reloads next week.

Since he is a rookie reloader he is paranoid about everything. Double\triple checking his work. Which is a good thing. All the reloads he made was at a recommended starting charge. Felt like shooting a pellet gun. Next run hes gonna roll 38 +p pressures as out all the factory rounds we shot we had the most fun with those. He's going to use the 38 spcl loads for when his wife and kids want to shoot. And I think I will save the factory 357 loads for my ruger redhawk and n frames.

In hindsight we should have separated the spent brass that needed the second strike and the 4 rounds that were a no go so we could track and determine if we should toss it.

Well bumbai. We both learning