Political Discussion / Re: Lost, not stolen

Political Discussion / Re: And the beat goes on...

Political Discussion / Re: Which Candidate

Looking at it from a micro econ point of view. If someone had leadership and all those other qualities to effectively lead an organization would they do it on a government salary?

Some politicians double dip. Like how former Mayor Kirk was still earning his bank salary while being Mayor.

IIRC, my old senate rep was a realtor, which is commission based and flexible schedule.
5

Political Discussion / Re: Which Candidate

I don’t know which thread to post this in but……

You guys all full of piss and vinegar.
Don’t like it…..Move.
Don’t see anyone here running for office.
Democrats will dominate the State and you folks will piss and moan.
It is what it is.

Sam Kong !
(DINO ? Republican in democrat clothing ? Maybe that’s the strategy. Just need a D next to your name on the ballot.)
Sam Kong is awesome though. Should’ve been elected as a Republican but he had to switch because he needed the D next to his name.

We would move if it wasn't for my job.  And if my job was paying like $60K or less, we would have moved many years ago. IMO most people do have the option to move, but they just don't want to be out of their comfort zone. But this isn't our situation. I got lots of friends living just above and  pay check to pay check, and refuse to move.  Even though their family situation allows for it.  And the job they're in isn't great either (paycheck to paycheck), so that isn't holding them back.

The other side to this is I have friends who did move and began a successful career. Only to have to move back 10-15 years later because they had to take care of their parents. I ask why don't they move their mom/dad to the mainland with them and the replies were all the same. You cannot teach an old dog new tricks. Mom/dad likes their current doc who they've had for decades. They know how to drive or bus to get around.  They enjoy going holo holo. So the advice they give to me is if 1 does move, take your retired parents with you while they're still able to learn how to adapt to the new city.

When we have kids, we plan on sending them away after college or high school is complete.  I refuse to let my kids stay here. Or if we can retire during this period, we taking the kids with us and have them finish high school on the mainland.  But our parents situation still would come into play.
6

Just picked up a 48 MOS as well since I found one for a great price, plus I had a GC.  So plan likely is to try the 407k on one and probably the EPS on another.  You can sample once I have them.  Will be more than 2 weeks from now since 19 Aug is a State holiday.  So have to wait a bit longer until I can pick up my PTA.

Thoughts on 2moa vs 6moa?

Ok, so I got my NRA certified handgun course from a certified NRA instructor on Oahu in 2014.  Is that still valid or are they going to say too long ago.  Since then and now I did take handgun courses at Front Sight 5 times but since it wasn't from a Hawaii instructor in Hawaii it probably doesn't count.

But gen 1 stuff offten has improvements that can be made. So maybe still stick with 507k and when need to replace, then SCS tech will be all ironed out.

General Discussion / Re: Asian shop keeper defended his shop with a knife

What what he was saying, it sounds like all those who have a HI handgun affidavit would just need to complete a shooting test.  His interview went something like this when asked about the training requirement: Many HI handgun owners already are qualified with the handgun safety class.  Then he goes on to mention a shooting test that's up to the NRA instructor. He made no mention of 1 company being the sole company to administer the CCW training or HPD having to do it.

Refer to my OP about the shooting test.  Again, keep in mind what he says will probably different from what will be written.

HIFICO sent a follow up letter to the pending CCW apps and it mentions the 16 hour training that NY is requiring. As of today, HIFICO has had no response from HPD from this letter.
11

the number 2, shooting requirement:
does that mean the hands on shooting portion of the handgun safety class?

I think he meant separate from the hands on for the HI handgun safety class.  But he probably will change his mind as it gets closer.
12

Wouldn't work in Dissenter, worked, sort of, in Opera.

The Oahu chief is deciding on and implementing "not restrictions, but procedures" (talk about euphemisms!!)... these include, so far, the NRA basic safety course... which most people took to buy firearms... AND "to qualify in some kind of shooting standard, by the NRA standards". Does such an NRA class (concealed carry) already exist? If not, is the NRA going to create such a course and train their instructors (to be ready sometime in 2024)? On the Big Island where would it be taught (no public range)? How many hours? What is the cost? How often will one have to take it qualify (for license renewal)? smh.

He also mentioned he would leave the "standard" up to the instructor,this is good news.  NRA does have a CCW course.  There currently is only 1 qualified NRA CCW instructor on Oahu that I know of.
13

My 43x is in "permit-purgatory"

We can have a measuring contest.
14

Also 10rds fits tightly on a closed slide. Need to press hard to seat mag. 9c 10rders of the 5 mags i got, only 2 can actually fit 10rds in them. And both wont fit in a closed slide.

So overall based on not shooting yet, the shield plus is better than the 9C. 9c's factory trigger sucks too.

Cool part is the 3dot sights that are supposed to come with the shield now come with tridium sights. M&P is stamped on the rear sight. Idk if trijicon makes them and puts the M&P logo. The shield is much thinner than the 9C too. 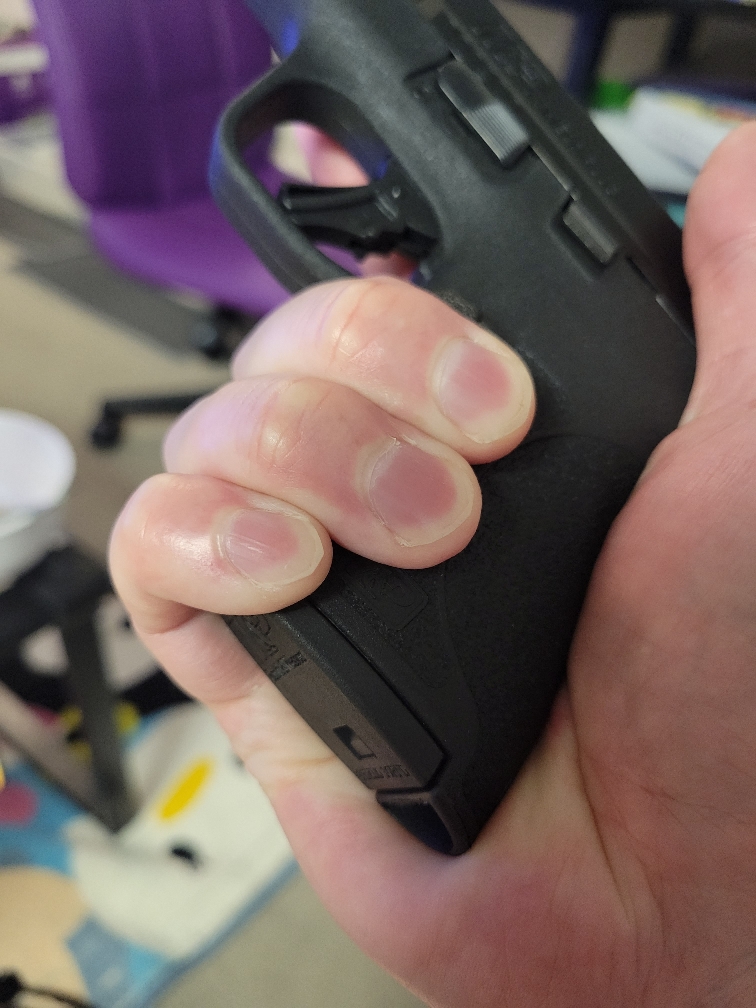 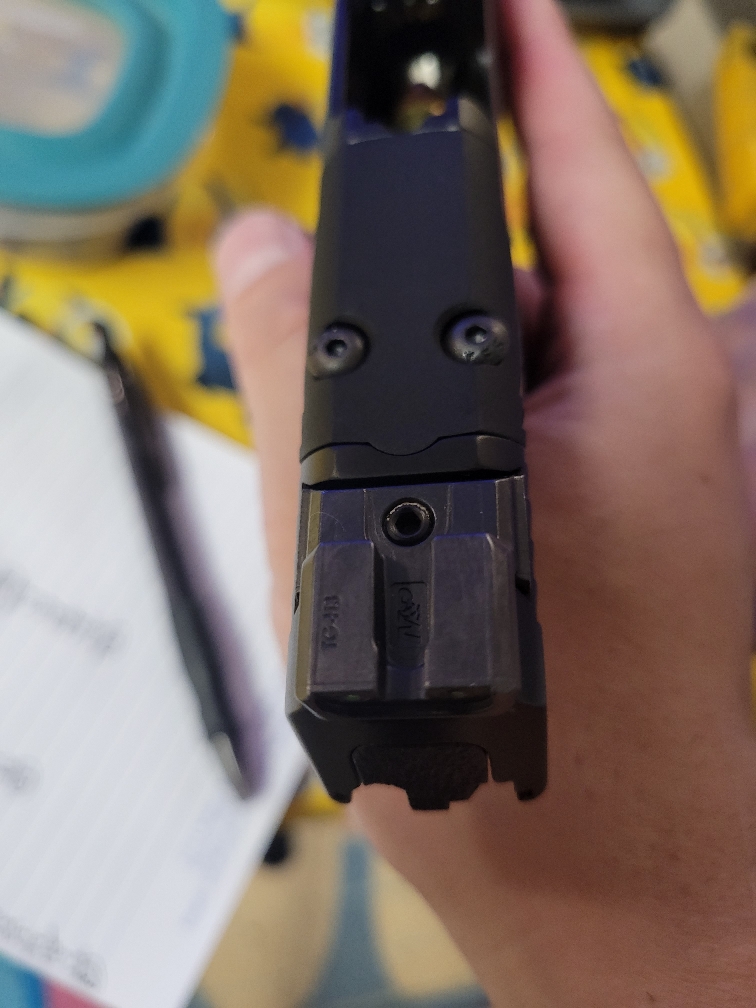 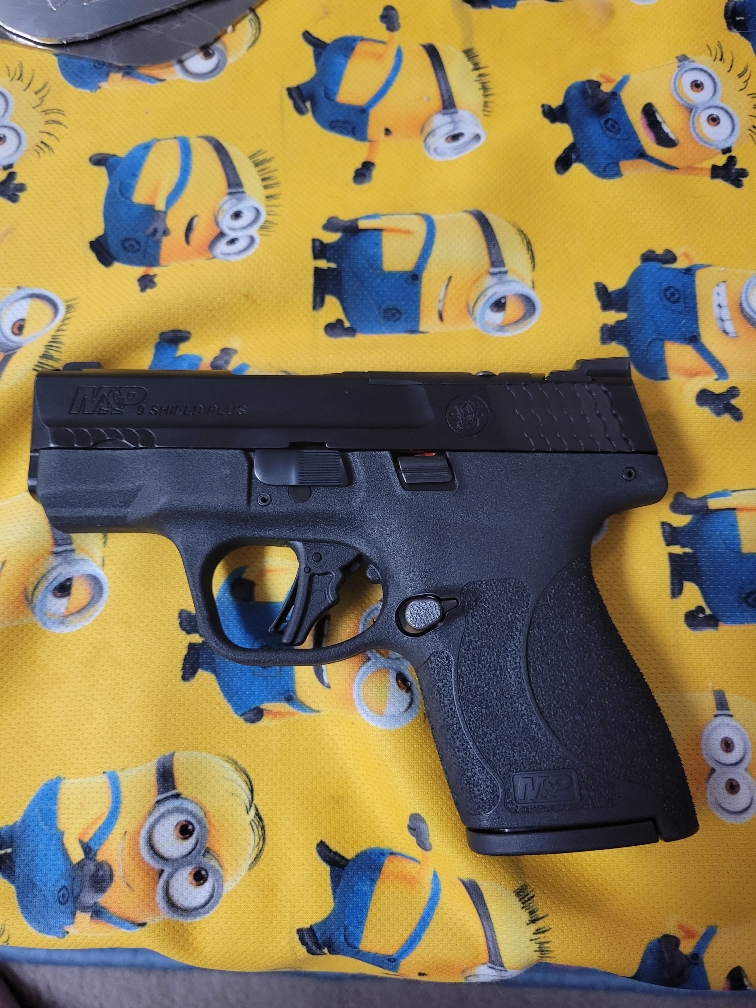 
Sent from my SM-G991U using Tapatalk

What hotel was this?

He's a famous competitive shooter. Know to reload a revovler in like 1 second and get all shots off, do reload and fire all those in seconds while getting hits.

He's Lena's M's dad, who's also a competitive shooter and sponsored by SIG.
19

When you bring it to HPD to register, they will make sure the barrel length is legal.  As long as they don't see an SBR upper, they should be happy.  And, so far, uppers alone are not required to be registered.  Just be aware you should never attach that SBR upper unless you build an AR pistol lower to use it with -- meaning you applied for a pistol permit and used it to acquire the lower receiver, which technically makes  it a "pistol."

These are the games that we play.

Since  guns in HI are supposed to be registered, if you bring in the complete rifle with a 16 in barrel, HPD will state on the registration paper that it's a rifle. This means you can never make it into anything other than a rifle since the serial # is logged.  HI doesn't allow SBR's, but modified/mutilated SBR's instead. Like having a fixed mag well or non-semi auto, etc...

Guys who bought just a lower and to make a modified SBR had to register the lower as a "pistol", which gets stated on the registration.  There is an entire thread about this you can look up.

If you're just registering in person the lower, HPD may tell you to bring the rifle back once built.  There is nothing in the law that states this. So they're making stuff up. I find it's easier just to say Ok and never return, than stand there and argue with them that that's not what the law says.
20