So much for following the science .... or doing what's in the public's best interest.

Don’t question what I “belive”, bruh

CDC Director reversed the board decision and will authorize boosters for high risk occupations including healthcare workers
in the middle of the night
following the science, as always...

In a highly unusual decision, the C.D.C. director, Rochelle Walensky, reversed a move by agency advisers and endorsed additional doses of the Pfizer-BioNTech vaccine for health care workers, teachers and other workers at risk.

But experts outside the C.D.C. said Dr. Walensky may have had no choice but to align herself with the F.D.A.’s decision. “There’s a complexity here, because Dr. Walensky was part of the White House announcement” on boosters, noted Dr. Ashish Jha, dean of the Brown University School of Public Health.

Pretty much whatever hawaii has to offer lol.  It's getting to be a real pain traveling with firearms around the world. It's doable just getting to the point of hating the hassle lol. I had one years ago and always regretted selling it so wanting one back in the stable.

Yeah my current 6.5x47 lapua is quite heavy. So doing one with a bartlein CFW Barrel that's much lighter. Love the cartridge.

Yeah I built my first 6.5x284 Norma for my son. He loves it, I enjoy it a lot as well. Now that bartlein came out with their mod400bb barrels thinking of doing another one and another 243 AI. I just love to tinker lol nothing wrong with 308 bro it's a great cartridge. I've killed more game with that cartridge than I could ever remember lol. It's still one of my faves. My daughter's like the 6mm's so I work with them much more lol.

During this day and age burning north of 150 gr of powder per shot is counter productive lol so I moved away from the big stuff for awhile.

Great to see your experience grow my bradda. And all the knowledge as well

Never thought about it that way.  Shooting say 6 mm cartridges would take a lot less powder than .308.  Maybe in the 10-20% less range.  Like a sale rate on powder.

I am certainly enjoying my adventures in shooting and reloading for precision.  Just wish I had more time to put into being in the loading room and at the range.  Hopefully will be back at it soon.
4

I was reading mixed responses on the bolt action forums about heavier barrels. Some say there easy to tune with hand loads and some say for ultimate accuracy you will may need a tuner just because the barrel is so thick that minor changes in seating depth or powder load makes such a small diff down range.

Is the inside donut on the brass a concern? Some say yes and some say no.

Does neck turning make a difference? Some say yes and some say no.

Who knows depending on caliber, brass prep, powder, barrel, and chamber it all comes down to having to experiment based on what you have.

I’ve been following articles and videos of Lou Merdica who does a lot of testing. Interesting to hear his comments about what works and what doesn’t. He says if it doesn’t work at a 100 yards forget any distance further out.

I was also looking at a 30br. Interesting cartridge for target shooting and there was a section talking about hunting for those interested in that discipline.

I think you're WAY over analyzing things.  Or at least my perspective is that at a certain point, you're going to just have to try and find out for yourself.  JMHO.  Knowing full well the variety of feedback one gets on forums, and not just this forum.  Ideally, you find folks where their interests align with yours and that helps.  But there are many folks that some of this stuff is academic (as in they don't really shoot all that much) or they don't give a lot of context of what their use is.

I had a discussion with my gun builder on tuners or brake and just tune via hand loading.  Luckily, his shooting preferences or interests aligned decently (not the same) as mine.  That and there are many who are able to tune their setups for similar caliber, distances and accuracy expectation.  Personally, I'm not striving for ultimate accuracy.  If I were, I probably would have gone with a setup way different, and closer to the F-Class or benchrest setups.  I watched a few of the Lou Merdica videos, as well as some that are on the "members section" of a forum.  While that guy has seemingly been there and done that, not quite been doing what I am looking to do.  If you are looking to do that, that will be awesome.  And looks like quite expensive, as well a tremendous amount discipline to get there.  They buy barrels but bunches, powder but the 100s of pounds, whole lots of bullets, etc.  Craziness! But I can understand that that's what it takes (or can take) to get to their level.
5

General Discussion / Re: Does Primary Arms ever have coupon codes for their website?

First video of this guy, but a fan already. Builder and shooter.

Whoa!  That’s quite a quiver in the works!  What size animal is the 7mm have in it’s sights?

The 6.5x47 Lapua is another interesting one for my interests.  I was thinking of that one as alternative to 6.5 CM.

Zermatt Arms Rim X action. Build is EXACTLY how you want it not how Vudoo thinks it should be.

I thought you said you was going budget.

Just kidding, I warned you, the rabbit hole is deep AF. You haven't even gone done the precision 22lr ammo road yet,

Hmm, I’ll have to check them out.  You mean like this:
https://teamgbt.ca/zermatt-arms-rimx/

Yeah, this started as budget/basic in the thinking that I might as well maximize my time when I have to register my bolt action rifles.  Thoughts were what I could find in stock locally when the bolt guns came in.  Still want to go that direction and use a scope that I already have that’s without a gun, but then I started looking, and reading, and watching YT. . .

You ever been hungry and then head out to get food with no real plan.  Start off say “I’ll go get some basic Korean takeout”.  Then a buddy calls and be like “eh, let’s go check out (insert place)” that is a bit more quality, but higher price.  Then next thing you know, things are like “if we’re spending that much, might as well go Hy’s”.

Yeah, a few buddies warned me that the 22lr road is worse in many ways than centerfire.  That the ammo availability situation is limited still, is one reason I haven’t gone “full retard” as well. 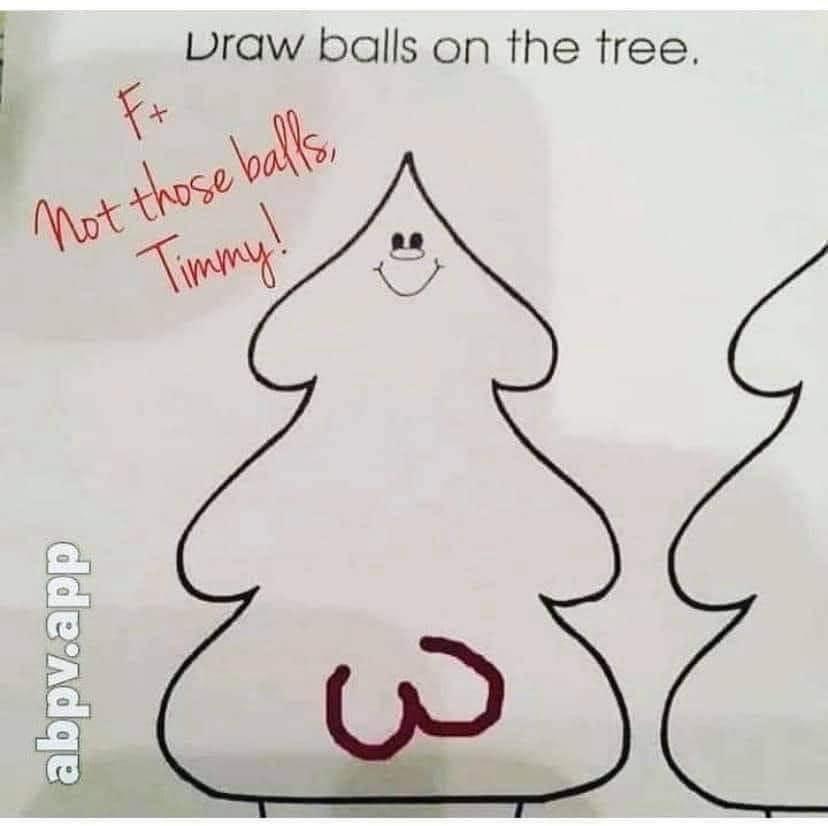 Holly hell you don’t mess around!!!!

Do you chamber your own barrels?

So…. What did you order?

So you can test the “harmonics”

I liked that quote also, however, my designs
had to be mathematically proven to and approved by the FAA to have a less
than 10 to the minus 12 possibility of failure affecting the passengers.
That is part of the reason they basically rebuild aircraft every few years.

Seems to me the FAA has to license all major rocket launches.

Off Topic / Re: Venting (Mostly Work)

Whoever let your request sit awaiting approval needs their face slapped.  Waiting for someone without letting that someone know you're waiting is about as passive-aggressive as it gets.  "Don't blame me.  Someone else dropped the ball."

Exactly.  It's not like these fuzzers are super busy.  I see them walking around, giggling with each other (at least the pack of younger ones that this was assigned to) while three or four of them say setup a laptop for a new employee, check this, or check that.
14

I got to try a $4500 over/under shotty at the skeet side. IDK if skeet or trap. Not the left to right clays, the other one.

Off Topic / Re: Venting (Mostly Work)

Anyways, I've been approved for a company smart phone.  Have approval through my management line, and was told to submit the "formal request" via an online tracking system with our IT.  That was almost a month ago and where the due date was about a week after the request.

Now 4 weeks later, I follow up with IT.  What's the status.  Response is they are awaiting approval.  I go into our IT's system and there's no approval notification pending.  So I ask the IT person if they can track down who the approval is waiting.  Response is "check with your management".  So why the eff do we have to submit the request into YOUR system?  And if it's waiting approval, shouldn't YOU know where approval lies in YOUR system?  How about just a little measure of common sense to work the problem?

General Discussion / Re: Gun Registration - No More In Person

I was an avionics technician in the USAF. one of my Billets was Depot maintenance for F-106, F111, A-10 and other misc aircraft.
It is un-believable what we pay for and do to keep aircraft functional.
I am a former Boeing engineer and know a lot about Commercial aircraft,( up to B777),  military aircraft are far more complex
and abused.
The F-35 for example is cheap compared to a Eurofighter, but the life costs are what makes it so expensive.

Rockhound:
You know we're sitting on four million pounds of fuel, one nuclear weapon and a thing that has 270,000 moving parts built by the lowest bidder. Makes you feel good, doesn't it?

I was gonna say, that these guys are way past their prime by MMA standards. I remember seeing out of prime fights from Dan The Beast and Shamrock.  Both got their asses kicked by the young guys.  Shamrock still has his intensity, but the body just wasn't working like how it used to when he was younger.  Very sad sight to see for both of them.

Yeah, they have a lot of miles on them.  I think it would still be an entertaining fight because they both have a level of "IDGAF" attitude.

A little junk to see some of those guys decline, but that's expected.  Just hope they don't have as steep a drop off as BJ did.  Where it's like, dude, either stop fighting, in general.  Including at FN.

Nick is back and it’s against banger Robbie Lawler.
Fights tomorrow.
I actually might order this one.
Usually only order Holloway.

CMO going for MDA types.  Now you going for Holloway types. . . what is going on?

Recommendations:
A Savage or Ruger bolt gun and a dedicated PSA upper.
All for the cost of a precision gun the wind at Kokohead will wreak havoc on. (Or less.)
The Savages and Rugers shoot minute of quarter at Kokohead. 50 yds. If shooter does their part. Occasional flyer.
Seen it with my own eyes on numerous occasions.
PSA upper is accurate enough to be fun and it’s good fun. Way more accurate than I thought it’d be.
Of course it’s not a bolt, but thought I would throw that in.