« on: November 23, 2021, 09:37:35 AM »
After almost two centuries of standing in New York's City Hall, an 884-pound statue of former President Thomas Jefferson was crammed in a wooden crate Monday and taken away.

The city's mayoral commission voted to remove the effigy because the nation's third president owned slaves.

It took a team of more than a dozen workers to remove the statue from its pedestal and lower it down the stairs on a pulley system, according to a report.
=====================
Nov. 22 (UPI) -- A controversial statue of former President Theodore Roosevelt that sits out front of the American Museum of Natural History in New York City will be relocated to North Dakota, officials said.

Preparedness and Survival / Rescued by a 12 yr old kid

General Discussion / BOLO theft of guns from a store

« on: November 08, 2021, 09:46:48 AM »
Be on he lookout for really good deals (or any deal) from suspicious looking characters.
I got word that the ATF issued a warning that a dealer got hit.
That's all the solid info I have at the moment.

The monthly test is supposed to occur at 11:45am and there was a siren test at that time.
However it did not sound complete.

Maybe they hired a new guy in the state cd office.
5

« on: October 25, 2021, 06:30:04 PM »
About 5 years ago I attempted to simulate the HPD service ammunition.
This would be Speer 9mm 124 grain Gold Dot Hollow Points.
I just recently stumbled upon a few boxes of ammo so I thought I would analyze this batch and see how it compares with the ammo I tested 5 years ago.
Additionally, I stumbled across a thousand genuine Speer bullets (projectiles) so now I càn simulate the ammo with a higher degree of authenticity.

Off Topic / The Fine Print Rant 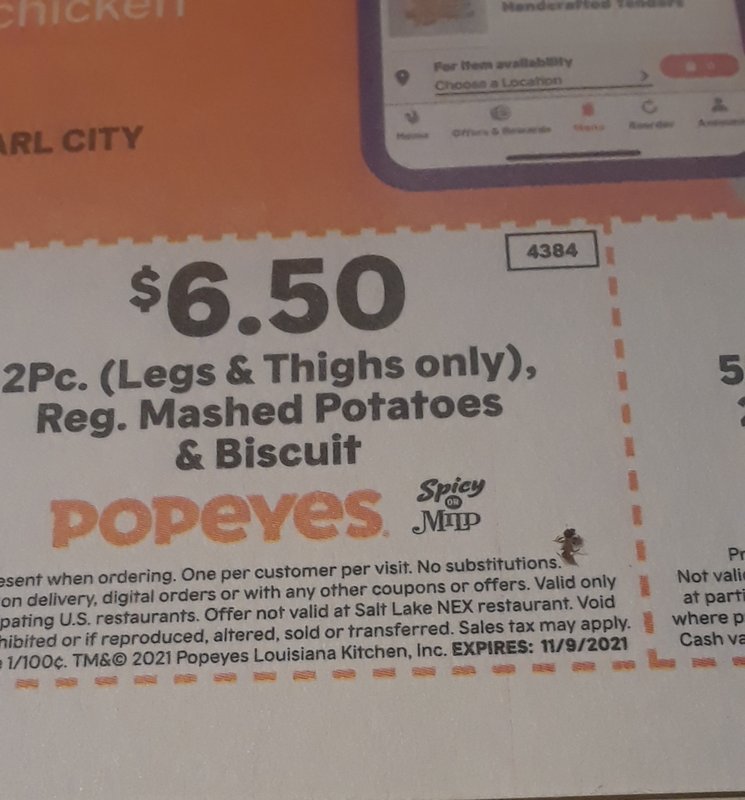 Note:
I'm sad to report that one ant was killed in the making of this message.
But the darn things just would not pose for the picture.
7

« on: October 16, 2021, 07:06:47 PM »
You going to love this story...
I attended a pistol match today.
It is a semi-formal fun match.
After I fired my first stage of 10 shots, the front sight on my pistol disappeared.
It's probably sitting in the red dirt at Kokohead somewhere.

I discovered it missing when I started stage 2.
So I fired 20 rounds with no front sight.

After stage 2, I thought about it a little and improvised.
see the picture

Duct tape can fix ANYTHING. 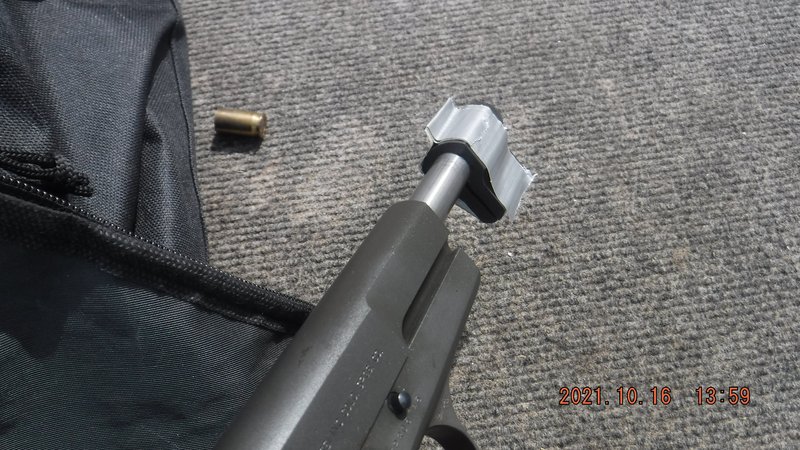 Off Topic / Trick Or Treat!

I gotta buy some candy
9

« on: September 26, 2021, 06:52:34 PM »
I trimmed my plumeria tree instead of going shooting today.
My tree yields big beautiful white-pink-yellow flowers.
So now I have a substantial number of viable cuttings which could be planted.
I'm not an expert but here is a video. It looks easy.

Off Topic / Embedding in resin?

« on: September 26, 2021, 02:23:16 PM »
Anybody embed stuff in resin before?
Typically flowers and coins for paperweights.
I thought this would make a cool paperweight.
You could make up any kind of bs story to go along with it.

How many phones does it take to stop a round of 45 ACP  ball ammo?
What's your guess?

According to a CrimeStoppers release, 6-year-old Isabella Kalua was last seen asleep in her room at her Puha Street home around 9 p.m. Sunday.

She is described as Caucasian, about 3′3″ and 46 pounds. She has brown hair and brown eyes.

« on: September 09, 2021, 10:08:00 AM »
I got a really authentic looking email that appeared to be from American Express. saying that there was supicious account activity.
It took a few clicks to see where it came from.....

« on: September 08, 2021, 09:20:34 AM »
Al Mongeon was an old timer in the gun community.
A tireless advocate for your gun rights via the Hawaii Rifle Association.
He ran a modest FFL business called "Ready on The Right" in Kailua.
He gave up the FFL about 5 years ago, but continued to be active as best as he could.
We looked forward to the Thanksgiving buffet every year as Al supplied the turkey and gravy and mashed potatoes.
Here is a pic of Big Al tending the annual Thanksgiving range buffet during the pre-covid years.
Remember when you could stay after 4pm and talk to your friends? 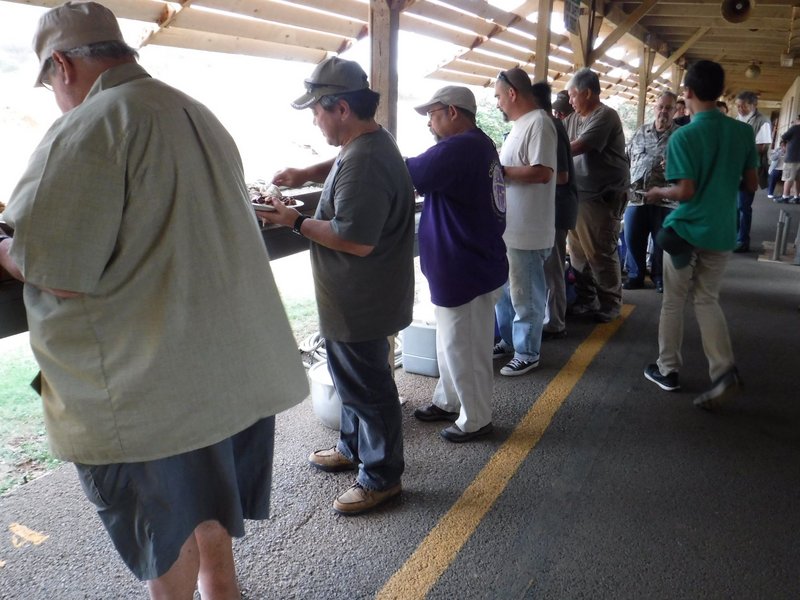 
Anybody interested in having a fun shoot on Sept.26?
We could do it in the same way as the first shoot a few years ago.

Basically it was held on the silhouette range with centerfire pistols.
Very simple format since the actual intent is to BBQ and eat.
We did timed 5 shot strings at some steel plates wiith the time getting shorter with each string.

Here are my thoughts on logistics:

In order to keep the crowd small, we would break into 2 groups.
The TREE group would setup by the tree and picnic tables. There would be a designated TREE captain.

The RANGE group would be just a couple of shooters plus the timer and scorekeeper.
As the shooters complete their run, we call the TREE group to send up the next couple of shooters and the folks that finish shooting go back down to the picnic area.

Basically, the TREE group is a holding area.
If you are at the TREE, you would be assisting by cleaning the bird crap off the tables and setting up the BBQ/ Potluck.

Entry fee would be minimal.
Previously, prizes were donated by members cleaning out their closets.
This year I actually have trophies to give out too.

Reply to this post so I can gauge the participation level.
Suggestions are welcomed.


The father and son had been in an argument with a group of people on the corner when it turned physical and the son pulled out the gun, cops said.

The officers, who were in plainclothes after finishing their workday, identified themselves and told the shooter to drop his weapon but the gunman instead pointed it at them and began unloading, officials said. Nobody was struck.

The police officers returned fire and fatally struck the gunman once in the chest, cops said.

Uniformed officers from the 46th Precinct station house a block away swarmed the area after they heard the shots.

“Immediately after shooting, the officers began rendering aid to the 24-year-old male,” NYPD Chief of Patrol, Juanita Holmes said at a press conference.

In a wild turn of events, the gunman’s 45-year-old father picked up the firearm from his dying son’s hand and began firing at cops but nobody was struck, police said. Police returned fire but the dad was not hit.

Surveillance video shows the father walking around the block, weaving between cars, then returning to the scene in hopes cops didn’t recognize him, sources said.

The father passed the gun to a nearby woman and tried to get away but cops quickly arrested him.

The dad has around 60 prior arrests on his record ranging from charges of drug possession, assault and weapon possession, a source said. His son had been arrested a handful of times for minor offenses such as aggravated driving without a license, according to sources.

“I wouldn’t say he was a bad (man) but he got into a lot of trouble,” a friend of the father said. “Sounds kind of like a father protecting his son. ... It’s sad but it happened.”

EMS rushed the son to St. Barnabas Hospital but he could not be saved.

Both officers were taken to Jacobi Medical Center for ringing in the ears, police said.

The woman the dad passed the gun to ran off as did the shooter’s intended target.

Charges for the father were pending, police said.

“That makes me feel uncomfortable. I’m really surprised, it’s like it’s not safe,” said Joe Dumessi, 37, who moved to the neighborhood about a week ago. “Maybe one day I get up and go buy something in the night and something can happen like that.”
18

Curious to know if anyone has ever used this powder.
19

Humorous story...
A few months ago she was training at a park in California when she was taunted by some racist-asian-hater-dude.
Things could have ended badly for that dude.
https://www.hawaiinewsnow.com/2021/04/09/olympic-athlete-hawaii-target-racist-incident-california/