« on: June 17, 2020, 06:26:14 PM »
Looks like APD is short handed tonight. The mayor went on CNN to downplay the situation but also told officers to remember their oath.
Looks like the locals in these zones may get a taste of what defunding/abolishing the police will look like.

Legal and Activism / Re: SCOTUS Denies all 10 2A cases

Probably trying to avoid getting the SCOTUS packed if a D takes the whitehouse.
4


The talking heads are back at it again. Keeping this in mind,  whats possibility of local legislators sneaking gun control into their emergency economic relief measures when they come back to work on the 22nd?
6

Political Discussion / Re: Riots across the US

Legal and Activism / Re: Young v. State of Hawaii

) and they probably won't rule the way a lot of us would want. The government will more than likely protect the government first and maintain the status quo. A good majority of R's are pro gun control and only placate us for our votes,The Supremes aren't the ones getting played...we are.

That being said we cannot wait and expect SCOTUS or any court to rule our way, I know I'm preaching to the choir on this site, but maybe just maybe we can engage these new Covid panick gun buyers to join us in our cause. We can become a loud voice in the legislative system and affect positive 2A change here locally.
10

Legal and Activism / Re: Firearms Confiscation During Crisis 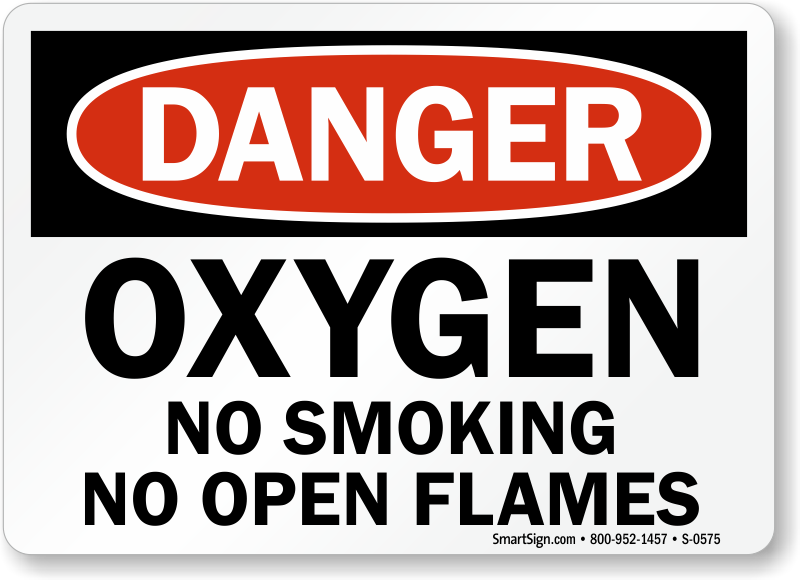 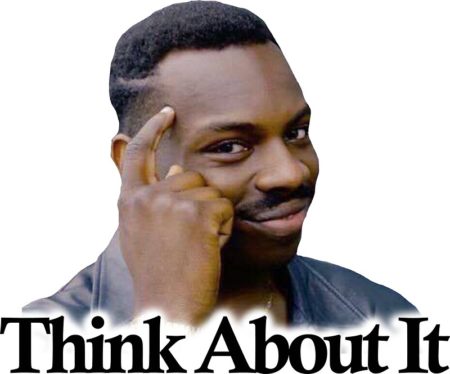 Off Topic / Kickstart my heart ?

« on: April 09, 2020, 03:42:01 PM »
With a large animal like a bear penetration is key, Glock 21/41 with hot 10mm penetrator rounds FTW. Like others have said 44 Mag is definitely the flavor of choice for AK guides.
Main thing is your ability to quickly and humanely dispatch the m'fer (even if it is trying to kill you).

Imagine you own and operate the biggest baddest gun store on the island, fully stocked, and tons of ammunition.  All the best stuff.

You have a longtime trusted friend to manage and run it for you.

Your manager goes on Facebook and publicly announces many of the security alarms and features and cameras are down, the locks on the doors and windows are weak and compromised, possibly many more to break in a few days.  You can't get it fixed right away because everyone's on lockdown.

Now every criminal and hoodlum on the island knows that your store is easy pickings. Top of the line guns and ammo just waiting.

What would you do?

^This...
it was a f+ckup from top to bottom. You dont air the Navy's dirty laundry(wether justified or not) while you are flexing in a high profile theatre. SecNav messed up with the content of his speech to the crew which was stupidly broadcasted on the MC1 for everyone to hear.

On a different note, imagine the amount of damage covid19 could inflict on a small island population like Guam.
14

The implicit understanding is that elected officials will utilize these extraordinary powers only to combat the Corona Virus pandemic in Hawaii.

It only took two days to find out.

Honolulu Councilmembers, March 18, 2020, quietly voted 7-0 to give a convicted felon campaign contributor a package of development concessions worth up to $5 billion dollars.

And they lied about it.

“Tomorrow’s City Council meeting agenda has been reduced to include only budgetary items and items that relate to the continuity of government,” Anderson told reporters at press conference in his office this morning. “At the conclusion of those items, we will then adjourn the meeting.”

That means all items pertaining to the city’s response to the coronavirus outbreak as well as a first reading of all fiscal 2021 budget bills will be heard, but not other issues.

But instead of limiting items as Anderson promised, the Council skipped down to page eight of the agenda to approve Resolution 19-224, CD1, titled: “Approving a conceptual plan for an Interim Planned Development-Transit project for the Keeaumoku Development Condominium and Commercial Project.”

… Council Chairman Ikaika Anderson told reporters Tuesday that only matters pertaining to the coronavirus outbreak and the budget would be taken up and that other matters on the 32-page agenda posted last Thursday would not be taken up on Wednesday.

Anderson said after Wednesday’s meeting that he consented to requests made by area Councilwoman Ann Kobayashi and Council Zoning Chairman Ron Menor to allow the Keeaumoku project to receive its final vote.

Development planner Keith Kurahashi said he asked Kobayashi to make the request of Anderson because the issue has been stuck in the Council since September and has been delayed repeatedly for various reasons….

Resolution 19-224, CD1 approves the transit-oriented development “conceptual plan” for Keeaumoku Development, LLC, to build two 400 foot towers with 964 residential condos plus 88,000 sq feet of commercial on the 3.5 acre “CuzCo Site” along the Diamond Head side of Keeaumoku St Between Liona and Rycroft.

The area is normally zoned for only 150 feet.

To unravel this sweater, pull the thread at BREG:

Nan Chul ‘Patrick’ Shin is a convicted federal felon also known as “Inmate #92972-022.”  Known for exploiting the federal 8(a) set asides for ‘disadvantaged’ businesses, Shin pled guilty in April, 2004, to submitting a false document to the federal government for the repair of a pump at the Pearl Harbor Naval Shipyard.

Shin owns Honolulu rail contractor Nan, Inc, one of Hawaii’s largest general contractors, which is tied up in litigation over “allegations of fraud, deception and profiteering”. Nan is being sued by its former lawyer, Bosko Petricevic, who says he faced retaliation after he foolishly “warned Shin not to ‘double dip’ and charge both the city and Nan’s subcontractors for the same rail-related claims.”  As the Star-Advertiser, October 29, 2019, points out, “Petricevic expressed concerns to Nan owner Patrick Shin ‘regarding FBI interviewing our employees,’ according to the lawsuit. But when Petricevic asked Shin and Nan Vice President Wyeth Matsubara what was going on, Petricevic ‘was threatened and told to mind his own business….’”

Keith Amemiya – $4,000
Coleen Hanabusa – $15,200
Opposition testimony was heard February 6, 2020 before the Council.  Honolulu resident Lynne Matsuow explained why developers might be in a hurry:

“This is premature and you should vote it down. On Jan. 30 the Mayor warned of another rail delay, with the FTA not sure the line will open on time. Until a better handle exists on federal funding and when the line might open, we should not be giving developers carte blanche.  If rail is not built, this is a dead giveaway that they should not have.”

But all those contributions paid off.  Resolution 19-224, CD1, introduced February 5, 2020, by Ann Kobayashi, gifts Keeaumoku Development with tens of millions of dollars in benefits not present in the original text, including:

Five years to obtain a building permit, instead of the original two years.
3,000 sqft outdoor dining area instead of the original 5,000 sqft
Free bus passes for ‘some’ project residents and employees ending in 2026—instead of ‘all’ residents and employees with no ending date.
And the big one, a maximum of 1,571 parking spaces with only 225 ‘unbundled’ from condos – instead of 952 spaces all unbundled.
‘Bundled’ parking stalls will allow Keeaumoku Development to sell condos with one or two deeded parking stalls, thus dramatically increasing their value.

Keeaumoku Development’s 1,346 bundled parking slots will come at the expense of other developers within the same Ala Moana Transit Oriented Development (TOD) zone since there is a zone cap on bundled parking.  The Star-Advertiser March 19, 2020 reported:

The city Department of Planning and Permitting supported the project, but opposed the Council’s decision to allow units to be sold ‘bundled’ with parking stalls. DPP argued unsuccessfully that a bill before the Council would require the residential units at future projects that are similar to the Keeaumoku development to be sold without bundled stalls, meaning residents would need to park in common, unassigned stalls.

Those other developers obviously haven’t been making enough campaign contributions.

General Discussion / Re: Anyone have a set of AK74 Go or No go gauges

« on: March 27, 2020, 06:15:14 AM »
Im no expert and there are people who would frown on me for saying this, but in regards to com-bloc headspacing its my OPINION that you can get away with using scotch blue masking tape on a live round. Step 1 take out your firing pin (a safety measure to avoid ND) step 2 take a live round and use the case rim as a stencil to cut out a piece of tape(one piece of tape usually =.004 +,- .0008 if you have a mic you can double check) keep adding a piece of tape until the bolt wont close with reasonable force.
17

I know some guys who always wanted a gun, but never got around to it.  This was the push they needed.  Plus they have time now because no work.

I wouldn't recommend a gun for a panic buyer.
If they weren't serious before, it's too late for them.
I'll givem a free bamboo stick for self defense.

Dont waste good bamboo! Save that for the pungee traps

« on: March 24, 2020, 01:27:36 PM »
Once this mess settles and there is another big gun confiscation push, some of these new gun owners will be the ones taking a sawsall to their ar's and injecting their opinions (as gun owners) on why nobody should own a weapon of war.
20

Political Discussion / Re: Time to Scale Back US Military Spending