Over the last week we have been asked A LOT about Duncan v. Becerra and how does it affect Hawaii's law. We have been pretty quiet about it and provided very little feedback.

The lawsuit alleges that Hawaii's ban on Handgun magazines with a capacity greater than ten rounds in unconstitutional. HRS 134-8(c) bans the possession of any magazines capable of holding more than ten rounds. The plaintiffs in the case have all stated that if it were not for Hawaii's ban, they would seek to and would own magazines with a larger capacity. Currently, if they were to be found in possession and using said magazines, they would be charged with a Class C felony.

The recent ruling by the 9th Circuit Court in Duncan v. Becerra supports this lawsuit. In that case, the court found that; millions of ammunition magazines able to hold more than 10 rounds are in common use by law-abiding responsible citizens for lawful uses like self-defense. As such, they are protected by the second amendment and can not be subject to a categorical ban.

Applying the same logical steps used by the 9th Circuit Court in Duncan, Hawaii's law is likely to be found unconstitutional. In recent years Hawaii's Firearms Coalition has asked legislators to amend Hawaii's law to remove the capacity based ban, but legislators have been unwilling to do so. The only available course of action left is to have it removed by the courts.

Hawaii Firearms Coalition is a non-profit based in the state of Hawaii that focuses on the second amendment and the right to bear arms. For more information and membership opportunities, please visit www.hifico.org

Much mahalos to HiFiCo for all they have done this past year and the years before to fight for our rights. Mahalo to everyone who spent time to go and lobby to our legislators this year on all of our behalf. Praying that this will be the year for Alan and George to come out victorious and maybe force the state to start issuing OCW permits

Permits and Registrations, by Firearm Type
In the State of Hawaii, annual permits are issued in order to acquire an unlimited number of longarms (rifles and shotguns), while single-use permits are issued to acquire specific handguns. By firearm type, 50.3% (7,789) of the permits issued during 2019 were to acquire handguns, while 49.7% (7,683) were longarm permits. The tally of handgun permits is perennially confounded, however, as some of the county police departments issue a single permit listing all handguns that will be acquired simultaneously from the same source (i.e., one permit per transaction, per HRS § 134-2(e)), while the other departments issue one permit per handgun even if they are acquired in the same transaction. Longarms accounted for 55.6% (21,947) of all firearms registered during 2019 (39,467). Broken out further, rifles and shotguns comprised 45.5% (17,969) and 10.1% (3,978) of total registrations, respectively. The remaining 44.4% (17,520) of firearms registered throughout 2019 were handguns.

Licenses to Carry Firearms
Hawaii’s county police departments also process license applications for the carrying of firearms in public. Statewide in 2019, 162 employees of private security firms applied for and were issued carry licenses, and three (1.8%) were denied. A total of nine private citizens applied for a carry license in 2019, including four in the City and County of Honolulu, three in Hawaii County, and one each in Maui County and Kauai County; all nine applicants were denied by the respective county’s chief of police.

Confiscations
Four “assault pistols,” three “short-barrel rifles,” and one “short-barrel shotgun,” as defined and prohibited by state law, were confiscated by the firearm registration personnel statewide in 2019.

Political Discussion / Happy Little Tyrants.... and they're not Bob Ross


They all, including our own little tin pot dictators, need a lesson on the Constitution

Off Topic / WTT TP for Firearms

At least we're not the only ones but yes restrictions are stupid. Especially when it only affects regular (meaning us lower class) not LEO or the elite who pay for protection 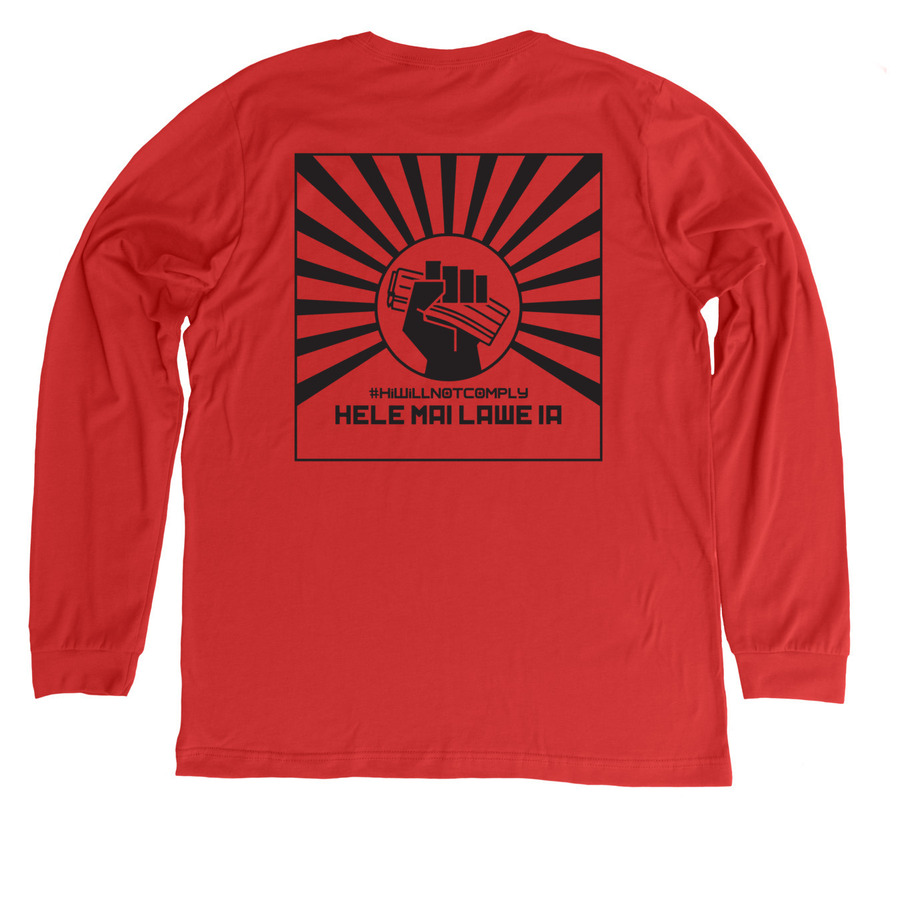 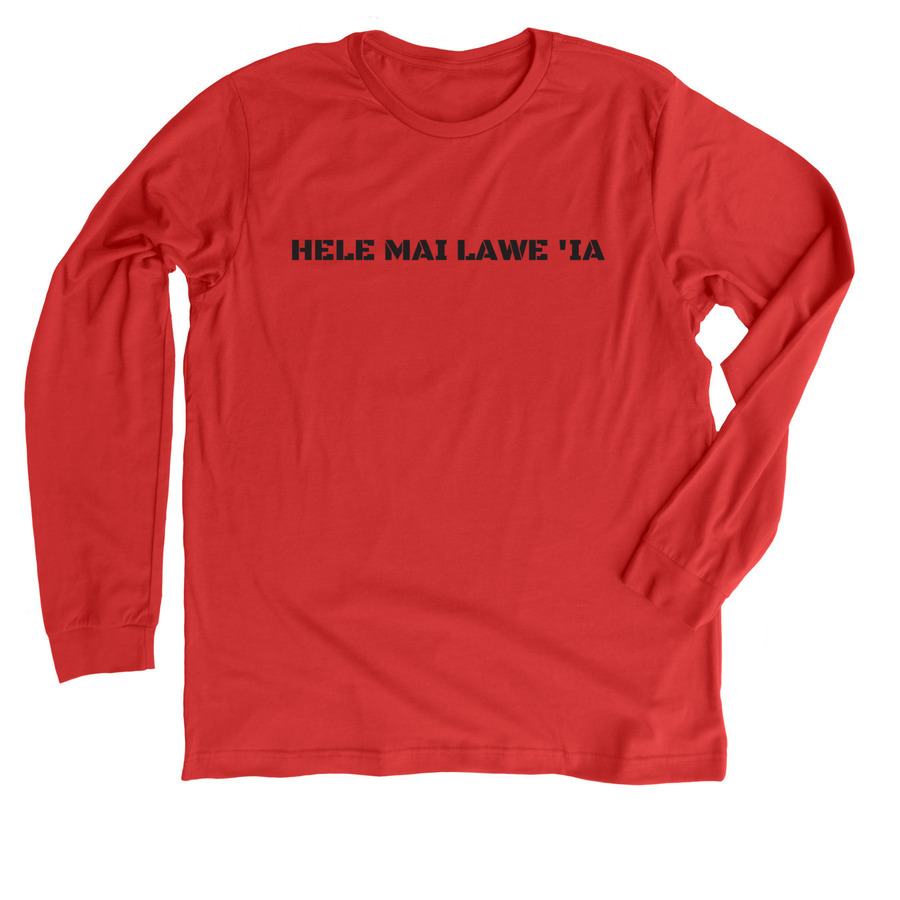 « on: February 28, 2020, 01:36:25 PM »
This Instructable will show you how to permanently modify a new 30 round Magpul PMAG M3 magazine (which are readily available in most states near California such as Nevada, Arizona) to accept no more than 10 rounds of ammunition. This permanent modification makes the resulting magazine 100% legal to import into California, and possibly into other states that have limits on magazine capacity.

General Discussion / Receivers are not firearms

Anyone have any details about this? Daughter works down there and says it was mad house. Rifles used and they tried to get into Nordstrom but security locked it up as it was happening. She says heavy HPD presence today
14

And thanks for the hard work HiFiCo and HRA does

Legal and Activism / AG starting a lawsuit against 3D guns

Last time I checked, this was covered under the 1st Amendment

If he only had 5 round mags this wouldn't have happened.

Legal and Activism / Do you have a CCW Permit

« on: January 06, 2020, 11:33:11 AM »
So as we head into the next decade and all of the anti-gun legislature being talked about, are we as a community going to push the system to show we actually want to carry? Either openly or concealed?

We already know that we're going to be denied, but with numbers on our side to show that we are being disenfranchised, would we have a better chance of getting this through the court system as a class action suit and not an individual suit? Are we waiting on the Young decision?

We have the Day at the Legislature on the 30th, can we pick a day to do the same at HPD? And yes we know it will be a long day waiting for them to process the applications in.

I'd also like to contest the requirement to have a handgun registered in Hawaii at the time of application. What if you haven't purchased your firearm yet? What if you travel to Hawaii and leave your firearm in another state and just bring it for periods of less than 5 days? And just because you don't own a firearm, that should not preclude one from obtaining a permit.. You don't need to have a car to get a drivers license, an airplane to get a pilots license or a ballot box to vote.

What would be the best written reason to carry that might at least give the courts pause to review and hopefully side with us? I already get it's our right but that's been turned down so many times already.

« on: December 17, 2019, 10:37:18 AM »
I am severely hoping that our constantly asleep at the wheel politicians here in Hawaii are not paying attention to this. Yes its complete infringement, yes it's completely arbitrary, and yes they are doing it. While it will lose if and when it goes to the Supreme Court because the ATF has already classified these as non-firearms, it will take years to get there and in the meanwhile, thousands of people are prevented from exercising their rights. And if it does pass muster, will they make all pipe purchases at HD have a background check? Because if it does then I would just for the sake of argument and educating the general public petition to classify all hardware stores as FFL's and go through that entire process and make all people buying pipe, conduit (barrels) and nails (firing pins) go through the background check process. Now there would be a complete uproar.

« on: November 05, 2019, 09:30:40 AM »
Looking for the HRS or equivalent reg that states where during the transfer of ownership FROM a MIL to CIV that the CIV owner has to pay all the unpaid weight taxes for however many years the vehicle was owned and registered under the MIL exemption. http://www.honolulu.gov/csd/mvinformation.html (Hawaii residents on active duty and members of the National Guard and Reserve and who are assigned to units located in Hawaii are exempt from motor vehicle weight taxes for one vehicle registered in their name.  You must submit a properly completed Hawaii Resident Certificate, Form CS-L (MVR)50A, for each registration, renewal or transfer transaction.) My wife's parents got screwed a couple of years ago ($3K back taxes) on this and want to know where the rule is and I want to get it changed for all of us locals. Tired of us paying the price for their benefit and I'm prior service too. I want to see the exemption removed because they all use the roads too or at least have the back tax penalty removed on transfer of ownership.
Pages: [1] 2 3 4